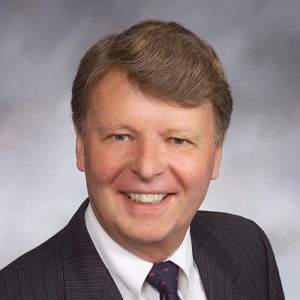 Mr. Knight is the current President and CEO of CTS Engineers with 40 years experience in the civil and transportation engineering fields, of which the past 35 years have been spent in the planning, design and construction supervision of highways and bridges.

He has served as project manager on numerous transportation and road improvement projects, and has managed all phases of engineering design for street improvement and new roadway projects for FHWA, WSDOT and local agencies. Mr. Knight served as project manager for Oakesdale Avenue S.E. Extension project for the City of Renton; Coal Creek Parkway Widening for the City of Newcastle; and South 154th Street/156th Way Relocation for the Port of Seattle.

From 2002 to 2007, he has managed the Civil Design Interface on Sound Transit’s Link Light Rail Project from Seattle to Sea-Tac International Airport.

Mr. Knight has a Bachelor of Science degree in civil engineering from the University of Aston in the United Kingdom. He has been a registered Washington State Engineer since 1981.